The cover bowl is a kind of Han tea set with a cover on the top, a support on the bottom and a bowl in the middle. It is also known as "Sancai bowl" and "Sancai Cup". It means heaven, earth and human being. In the folk, it also refers to a kind of hairstyle with the same bangs, which is named because the bangs of this hairstyle are like a bowl on the head“ "Saucer" is also known as "tea boat". To cover a bowl of tea, you need to flush the bowl with boiling water, and then put the tea in the water to cover it. The time of cleaning tea depends on the quantity and type of tea, which is about 20 seconds to 3 minutes. In the Yongzheng period of the Qing Dynasty, the use of covered bowls was popular. 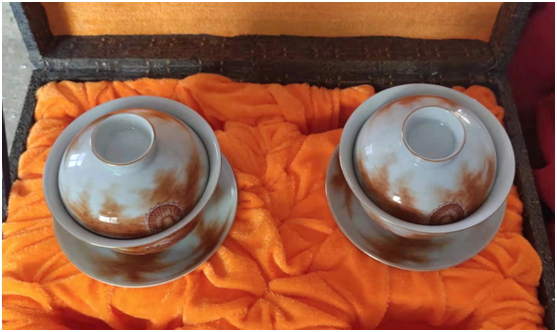 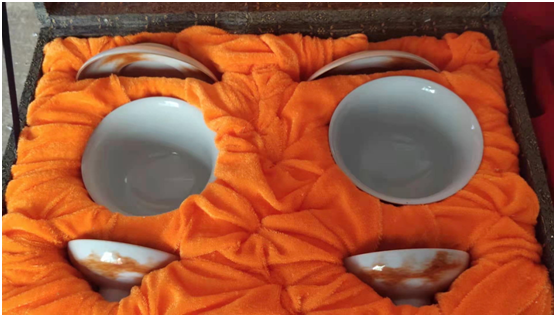 Jingdezhen porcelain industry in the Kangxi, Yongzheng and Qianlong Dynasties was prosperous in both official and folk kilns, with rich painting and colored glaze, reflecting the golden age of Chinese porcelain. Imperial porcelain and crafts have always been the ultimate expression of the level of craftsmanship. The Qing Royal family's preferences and requirements for such objects contributed to the development of the level of craftsmanship. The Royal Porcelain of these three dynasties was exquisitely made, The selection of materials is exquisite, the painting is exquisite, and the layout is vivid, which is always available but not available. Therefore, when rare Royal Porcelain and crafts appear on the market, they will be sought after by collectors all over the world. 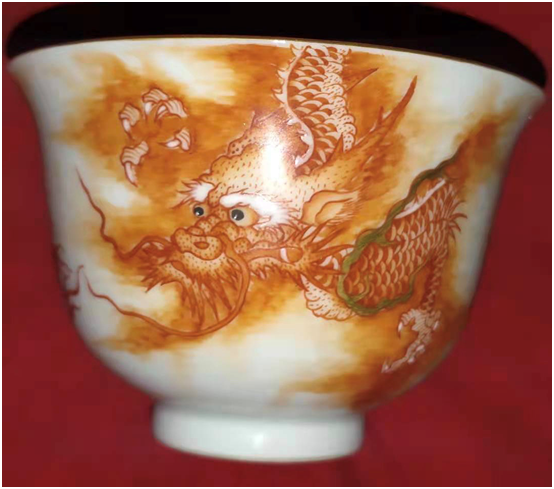 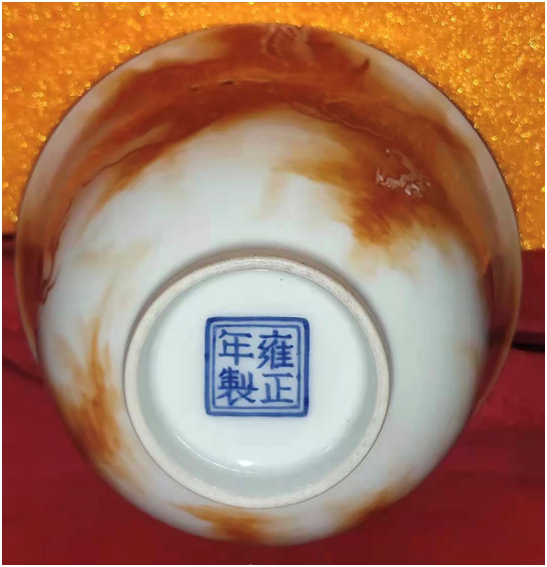 This bowl is painted with gold in Yongzheng's alum red. The bowl's mouth is painted with gold. Its alum red hair color is as bright as water and ink. Its body glaze is as fine as jade, showing extraordinary beauty. The whole thing is white and delicate, the glaze color is lustrous, the shape is dignified and elegant, the alum red painting is grand, solemn and elegant, and the noble style is fully displayed. It is a rare treasure in Yongzheng's porcelain, The blue and white regular script of Yongzheng year is well written, and the cloud dragon pattern is used as the decorative pattern of utensils and costumes. It is a major feature of the Qing Dynasty palace articles, which embodies the symbol of royal dignity, and has high collection, ornamental and economic value.